PlayAPI "You Never Knew How Great Gaming Could Be." 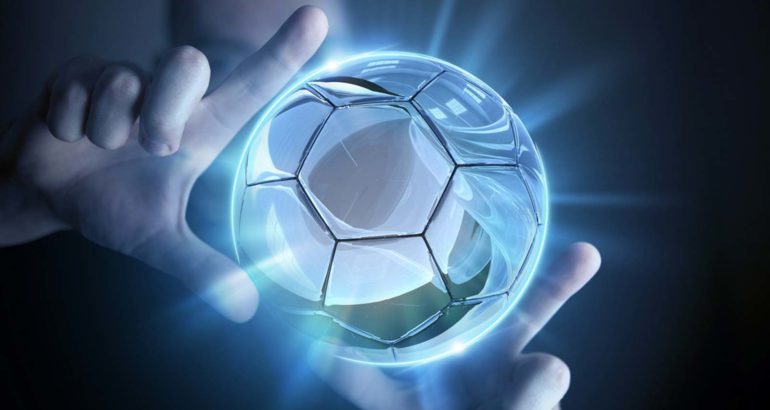 PlayAPI “You Never Knew How Great Gaming Could Be.”

PlayAPI is a digital gaming portal and online hub that will fundamentally transform the way gamers across the world organize, consume, share and generally experience their gaming life. It will simultaneously revolutionize the way (over 500,000) independent and major AAA video game publishers serve and learn from their audience by providing best-in-class analytics, three substantial new revenue streams, including gambling, and a massive, built-in user-base (100 Million-plus), courtesy of an unprecedented, exclusive pre-launch partnership with Plutos Sama Holdings, Inc., which was the winning bidder through its subsidiary Platinum Fortune, LP on the purchase of Jagex, a British game developer and indie publisher best known for RuneScape, one of the largest, free-to-play, multiplayer online role-player games.

Founded by Ted Owen, one of the founding fathers of E-Sports, PlayAPI is poised to be as disruptive to the gaming world as Napster was to the music industry (and physical media as we knew it) while taking a page from contemporary media’s most successful monolithic portals, such as Spotify and Netflix.

Launching in 2020, the Beta version of PlayAPI seeks to invite publishers to share in PlayAPI’s custom software development kit (SDK), which will provide unprecedented, best in class back end data and analytics to publishers, whether indie or AAA. Diversified revenue streams, including evolutionary leaps in highly-focused, direct-to-consumer, e-commerce transactions (both in-game and IRL) as well as fair play gambling will change gaming as we know it.

Version 2, launching in 2021, is dedicated to the user. Owen will relaunch Clanbase.com, the original, consumer-facing, video game social network, which he acquired through his premiere E-Sports league, GGL or Global Gaming League (Professional Interactive Entertainment, Inc.) in 2013. This interactive portal will allow users to definitively organize their gaming life: games, friends, leagues, competitors, while efficiently and transparently selling and trading in-game purchases and various virtual items in an online open market. This concentrated hub will take the global gaming community and the various publishers attempting to reach them to undeniable, shared critical mass.

Version 3 will expand the E-Sports community to massive, mainstream levels, peaking with gaming as an Olympic sport. Owen famously brought gaming to the IOC prior to the 2008 Beijing Olympics where he tried to convince them to include gaming. They weren’t ready. Owen, long-familiar with this challenging accreditation model, sees this as an inevitability, as he hopes to reignite his campaign once more for Beijing 2022 as an exhibition sport and officially in Los Angeles in 2028. Publishers will bid and compete to see their game utilized, just as cities bid to host the Olympics. This process will include a global, multi-country preliminary tournament, fully optimized by PlayAPI, fair play-ensured and streamed and presented by Clanbase.com.

PlayAPI and Clanbase.com will seamlessly integrate Blockchain transactions, courtesy of a custom PlayAPI token. Blockchain as an anonymous, protected currency and financial paradigm, independent from government influence, will thrive within PlayAPI’s symbiotic financial and cultural ecosystem, one as of yet unprecedented in the global mainstream.

Matt Browndorf – CEO Plutos Sama Holdings, Inc (Owner Platinum Fortune, Winning Bidder in Jagex Auction) – We are extremely excited to be working with PlayApi and look forward to implementing their SDK into our gaming platforms once the Jagex purchase is completed.  Platinum Fortune, LLC plans to incorporate other SDKs into its coming verticals we build towards the future

Ed Soo Hoo – Business Development Officer at Lenovo & PlayAPI Board Member“Gaming is the ultimate universal experience and engagement platform. PlayAPI will enable and empower massive and valuable information to multiple stakeholders from players, publishers, brands and more. Over the years, I have advised and worked with and for many startups and large companies. PlayAPI is by far the most dynamic business model I have seen that will deliver a sustainable and highly valuable set of data, metrics, and insights.”

Daryn Soards – CEO/ Founder, Origin Ventures & EVP of Blockchain Development at PlayAPI“PlayAPI has created the perfect business model, both commercially and culturally, to leverage the power of blockchain. Their innovation unlocks vast latent value, elegantly aligns the vertical and horizontal stakeholders, and redraws the economic dynamics of the global gaming community. Whilst many have hypothesized on the marriage value of the two worlds, Ted has gone one step further and delivered the structure required that takes Gaming as an Asset Class to the next dimension.”

Ted Owen – PlayAPI Founder and Chairman“PlayAPI is the culmination of a life spent in the epicenter of the video game revolution. It is a dream to organize a gamer’s life in one central location, regardless of platform or publisher. We knew we had to offer significant value to the developers in order to achieve this goal and have them exclusively hand over their back end data. Our proof of concept, pre-launch partnership with Jagex is the culmination of that dream.”

SuperBook and Jacobs Entertainment, Inc. to Bring Sports Betting to the State of Colorado