Google Trends Data shows searches for blockchain took a big drop in 2018, with interest in the technology seemingly waning despite indications of long-term promise for the technology.

An analysis of this trend by the leading marketplace for business app discovery GetApp, found that Google searches for blockchain dropped from 100 in late-December 2017 to 24 in early 2019. This is supported by research from Gartner, stating that blockchain won’t see any potential application in the short term.

Blockchain, technology that can enhance the security of financial transactions through a distributed ledger, has been labelled as overhyped by some analysts due to the lack of conceptually viable blockchain use cases. GetApp, however, have stated that they expect blockchain applications to become mainstream within 5 to 10 years.

With their ‘Emerging technologies in small-business accounting’ guide, GetApp has sought to provide guidance for finance managers, helping them embrace accounting technologies such as blockchain to augment the footprint of their digital transformation. The guide also aims to show how blockchain can help those in finance and accounting address key challenges.

Abhishek Singh, Content Lead at GetApp, commented on the research, “The drop in search volume for blockchain might come as no surprise, considering the lack of viable use or application at this moment in time. This doesn’t mean blockchain as a concept is destined to fail, however, and points to the fact blockchain is a technology that is continually developing.

“A report from Gartner stated that blockchain won’t see any applications until 2020-2021 but holds great promise for the mid- to long-term. Our emerging technologies guide provides small-business owners with advice on some of the most useful blockchain applications that can help boost their accounting and finance functions both now and in the future.” 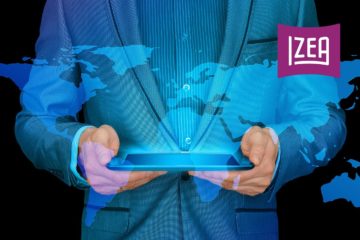