We are proud to announce that the Quantstamp betanet protocol is now live on the Ethereum mainnet.

Users will now be able to submit audit requests directly to the betanet version of the Quantstamp Protocol through a portal on our website. Completed audits will generate a publicly viewable audit report along with a unique hash providing a publicly verifiable record of the audit.

“Less than a year since our crowdsale completed, we’re happy to be releasing our betanet protocol onto the Ethereum mainnet,” stated Richard Ma, CEO of Quantstamp. “By providing publicly verifiable audits on Ethereum, we’re helping improve the adoption of smart contract technology.”

The Innovation Achieved by the Quantstamp Protocol

With the betanet release, Quantstamp has built something novel. Having a publicly verifiable record that an audit took place is innovative and unprecedented. In the past, users had to trust that smart contract developers took all of the necessary security precautions rather than being able to independently verify this information. The lack of smart contract security transparency made it difficult to build trust with stakeholders of smart contract and scale smart contracts technology.

Requesting a Quantstamp Audit on the Ethereum Mainnet

In order to start an audit, users can go to betanet.quantstamp.com and authorize a transfer of QSP using Metamask. The Quantstamp protocol will hold this QSP as an allowance until an audit has successfully completed. After the transfer is authorized, users will submit their smart contract code on the Quantstamp portal. Quantstamp permissioned nodes will then become aware of the audit request and one of these nodes will complete the audit. This transaction will record two things on the Ethereum mainnet: the hash of your audit report and the url of where your audit report is located. This audit trail is now stored forever on the blockchain.

For the betanet release, only whitelisted organizations will be allowed to run Quantstamp auditing nodes. Quantstamp is seeking to whitelist trusted and reputable research institutions and industrial partners who share the vision of proliferating of smart contracts. Node operators will help monitor the performance of our nodes and of the Quantstamp protocol itself.  Nodes were whitelisted in the development phase so node software and protocol could be tested and perfected prior to the public participating as node operators.

Although node operators will be whitelisted, anyone is allowed to purchase a publicly verifiable audit from the Quantstamp protocol.

Whitelisted node operators will work closely with Quantstamp in order to: 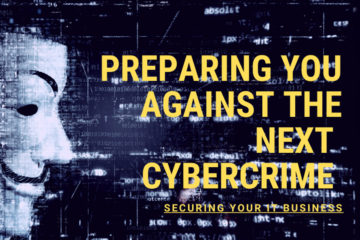