Spring Labs Closes $23 Million Series a Investment Round to Transform

Spring Labs, the company developing the Spring Protocol a blockchain-based platform designed to transform how information and data are shared globally announced that the company has raised $23 million in Series A funding. The round was led by GreatPoint Ventures with significant participation from existing investors, including August Capital, as well as General Motors Ventures, the corporate venture capital arm of General Motors, RRE Ventures, Galaxy Digital, Multicoin Capital, The Pritzker Group, and CardWorks.

“We’re pleased to announce our Series A with strong participation from existing and new strategic investors, enabling us to accelerate the development of new products as well as the Spring Protocol itself,” said Adam Jiwan, CEO and Co-Founder of Spring Labs. “Additionally, we’re excited to expand our relationship with GM Financial, which has demonstrated its commitment to innovation and collaboration over the past year, playing an active role in the evaluation of products and use cases on the Spring Protocol.”

Via the GM Ventures investment, GM Financial joins more than 20 other leading financial services institutions in co-developing the first applications to be built on the Spring Protocol – all part of the company’s continued effort to better serve and protect customers and dealers.

As other forms of credit mature and evolve, such as the adoption of chip-enabled credit cards, auto financing fraud has become a path of less resistance, having increased by a rate of nearly 5x from 2011 to 2018. Fraud-related losses in auto-lending cost the industry between four and six billion dollars per year, with a large portion of that fraud resulting from the abundance of synthetic identities, a form of fraud wherein identity thieves establish credit accounts using a mix of genuine and fake customer information, such as a real customer’s name, but a fake address.

As a result, the first products being built on the blockchain-based Spring Protocol are Spring Verify for enhanced identity verification, Spring Defense for fraud monitoring and mitigation, and Spring Protect for loan stacking prevention. These products are designed to improve customer on-boarding processes by reducing costs while improving data availability, security and granularity. The products will deliver valuable anonymous data to lenders in a variety of verticals, including unsecured consumer lending, small business lending, credit card issuance, secured auto lending, and more.

“GM financial is excited to deepen its relationship with Spring Labs, and we look forward to the launch of the Spring products as we believe they have the potential to better protect our customers from fraudulent activity,” said Mike Kanarios, Chief Strategy Officer at GM Financial.

In addition to significant product, technology, and partnership traction, Spring Labs has continued to grow its team including two notable recent additions. Joel Eckhause, former CRO and COO of Renew Financial has been appointed as the company’s first Chief Operating Officer. In addition, David Kravitz, a former long-time cybersecurity advisor with the NSA, has joined the company as Director of Research.

Following its investment, GreatPoint Ventures Founder and Managing Partner Andrew Perlman will join the company’s Board of Directors.

“Spring Labs has assembled a world class team and developed highly innovative technology that has the potential to transform how information is shared not only within financial services but also in a host of other industries,” said Perlman. “We have observed the company’s development since inception and are thrilled to lead this investment round.” 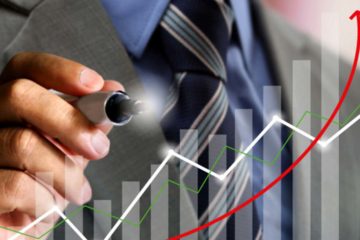 “While We Welcome AI, We Should Also Realise Its Implications and Consequences”, Says Suresh Prabhu at World AI & RPA Show