“We are never going to get the elected officials to listen to the mainstream public without greater participation in our electoral system,” said Bradley Tusk, Founder of Tusk-Montgomery Philanthropies. “Secretary Warner for his fortitude in putting this pilot together for our service men and women serving overseas is nothing short of transformative.”

This pilot project – launched Friday, March 23rd – is available to currently deployed military voters, spouses and their dependents that are registered to vote in two counties – Harrison County and Monongalia County. The pilot is also open to other qualified overseas voters.

The current absentee process for West Virginia military voters who are currently deployed can be very cumbersome to complete. Finding solutions to insure military personnel are able to vote has been one of Warner’s priorities since taking office 14 months ago.

A 23-year veteran of the U.S. Army, Secretary Warner deployed to countries all over the world.

“Our military service personnel fight every day across the globe to protect our way of life. They deserve to vote as much as anyone, and we owe it to them to make the process as easy as possible,” said West Virginia Secretary of State Mac Warner.  “Whether a Soldier is without mail service in the mountains of Afghanistan, or a Sailor is in a submarine under the polar icecap, they deserve the opportunity to participate easily in our democracy. They should have a voice in choosing who sends them into harm’s way.”

“Members of the military serving our country deserve to be able to vote in a timely manner, in a safe and convenient way.  Mobile voting will allow them to cast their votes easily and securely.”

TrueProfile.io Announces New Integration With uPort to Enable Its Members to Unify Their Digital Identities 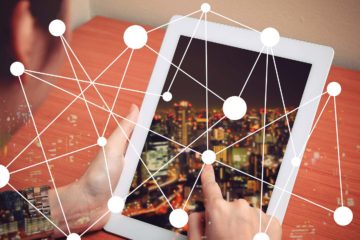