UNISOT, a Norwegian venture with a supply chain management solution on the Bitcoin SV [BSV] blockchain, has secured investment in its seed round from Calvin Ayre, technology entrepreneur, and founder of Ayre Group and CoinGeek. Ayre is a key backer of Bitcoin SV [BSV], through his CoinGeek mining, media and investment operations, and expects the investment to provide a significant boost to BSV blockchain usage and transaction volume. Ayre joins other investors in UNISOT™.

UNISOT™ is a revolutionary open blockchain platform and global business network, that takes advantage of Bitcoin’s fundamental ability to act as a records ledger and be the “Universal Source of Truth.”  Global supply chains are a $54 trillion market and ideal for blockchain transformation.  Using the blockchain as a public means to track supply chain records and transactions, UNISOT™ enables enterprises to more efficiently track and manage travel of their goods, parts and services, with reliable, fast and secure transactions, and instantaneous insight across the entire supply chain.

UNISOT™ will use a digital tokens & smart contract system(with a BSV-based token) to provide clients with unique features imbedded in its ERP system:

The UNISOT™ Enterprise Platform is currently being developed in cooperation with selected enterprise partners and international supply chain corporations. The first enterprise applications are planned to be released in autumn 2019 and they will be sold and implemented by selected ERP implementation partners around the world. The UNISOT™ Consumer App will be available via Apple App Store and Google Play Store in the autumn.

Because UNISOT™ seeks to power the world’s supply chains, it requires a massively scaled blockchain. That is why UNISOT chose to build on BSV. Named for the “Satoshi Vision” of Bitcoin’s creator Satoshi Nakamoto, Bitcoin SV restores the original Bitcoin protocol, keeps it stable, and allows it to massively scale.   In March 2019, BSV’s blockchain witnessed two 128MB record-setting blocks – the world’s largest ever on a public blockchain and proving that Bitcoin can scale.  (For comparison, Bitcoin Core [BTC] has a small 1MB block cap and cannot support enterprise applications like UNISOT™).  With 128MB blocks, BSV can handle 800+ payment transactions per second and record large data files.  Going bigger, Bitcoin SV is preparing for gigabyte (1000 MB) and eventually terabyte (1 million MB) blocks to process billions of payment transactions per second and even larger data files, and become the global data ledger for all industries.

UNISOT™ Founder & CEO Stephan Nilsson has over 20 years’ experience working with ERP systems. He explains: “I attended CoinGeek Week in London last November, shortly after the Bitcoin hash war ended with BSV emerging to continue the original Bitcoin protocol.  After hearing more about BSV’s commitment to massive scaling, a stable protocol and a public (not private) blockchain, I believe only BSV can be the world’s data ledger.   When we merge the world’s largest ERP system – SAP – with the Universal Source of Truth – the Bitcoin SV blockchain – the result will be exponentially larger than the sum of its parts. I thank Calvin Ayre for his belief in our ability to transform the world’s supply chains.”

Calvin Ayre commented: “Bitcoin’s use can be so much more than people realize. The Bitcoin blockchain will be the backbone for all back-end operations for big business, and that includes supply chain management and ERP. That’s why I am excited to support UNISOT’s plan for big enterprise applications on BSV.”

Ayre’s investment is part of a broader collaboration. nChain, the global leader in advisory, research, and development of blockchain technologies, will support UNISOT™ with its technical consulting services and access to its vast intellectual property portfolio.  Along with Ayre’s CoinGeek operations, nChain is another key backer of Bitcoin SV.  nChain is working on a project for the massive EDI sector to be moved to the Bitcoin blockchain.

“It’s time for Bitcoin to grow up and get down to serious business, and UNISOT™ is doing that with its platform for real enterprise and a business-minded team. We look forward to helping UNISOT™ demonstrate BSV’s power as a commodity data ledger, and invite more companies to build on the only massively scalable blockchain – Bitcoin SV.”

UNISOT™ CEO Stephan Nilsson will speak at the upcoming CoinGeek Toronto conference, May 29-30 in Toronto, and will discuss his decision to build UNISOT™ on BSV. The conference focuses on Bitcoin scaling with “No Limits”, and features the world leaders in blockchain scaling.  This includes nChain’s development team which manages the BSV Node software and Scaling Test Network; they are available in Toronto to meet with companies interested in BSV scaling and application-building. 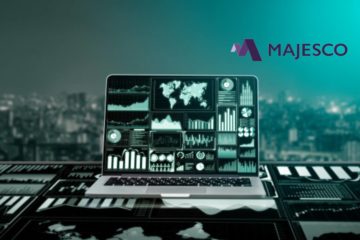 IBM Brings AI and Advanced Analytics to the Industrial World 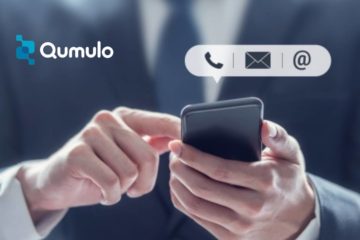