For blockchains that use Delegated Proof of Stake (DPoS) as its consensus mechanism like WAX, voting is crucial for healthy development. Token holders are incentivized by self-interest to vote in the protocol’s best interest. For example, if token holders were to vote in favor of a proposal that positively affects the protocol it would enhance usability and overall usage. Self-interest will drive the best decisions. The WAX team understood the dire need to incentivize voting after seeing how detrimental voter apathy has been to other DPoS blockchains.

By voting regularly, WAX Token holders contribute to the selection of quality guilds and proposals – supporting the overall health of the WAX Blockchain. WAX is ushering in a new era of blockchain communities that are active and engaged in a chain’s development because they are incentivized with rewards in the form of more tokens, called Staking Baseline Rewards.

When the WAX Blockchain mainnet and protocol token are released on June 30, 2019, WAX Token holders will have three ways to earn more WAX Tokens:

Genesis Block Member (GBM) rewards: Participants of the GBM program will receive daily token rewards for three years, up to double their starting amount. For eligibility, members must participate in the WAX Token Swap that begins on June 30, 2019, where they will receive Genesis WAX Protocol Tokens. Genesis WAX Protocol Tokens will continue to produce GBM rewards every day as long as they remain staked and by leaving them uninterruptedly staked for three years, holders can double their token amount. More information on the GBM program can be found here.

“The WAX protocol uses a delegated proof of stake mechanism to validate transactions rapidly and cheaply,” said William Quigley, CEO of WAX. “DPoS is well-suited for high volume industries like e-commerce and virtual item trading, where fast processing time is expected. But DPoS does have a drawback. It depends on a continuous process of voting. Voter apathy is the kryptonite of DPoS. So we’ve designed WAX with multiple incentives to boost voter participation.” 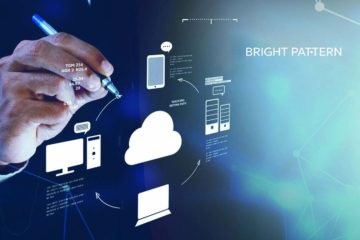