China's Password Law and What it Means for the Blockchain Industry 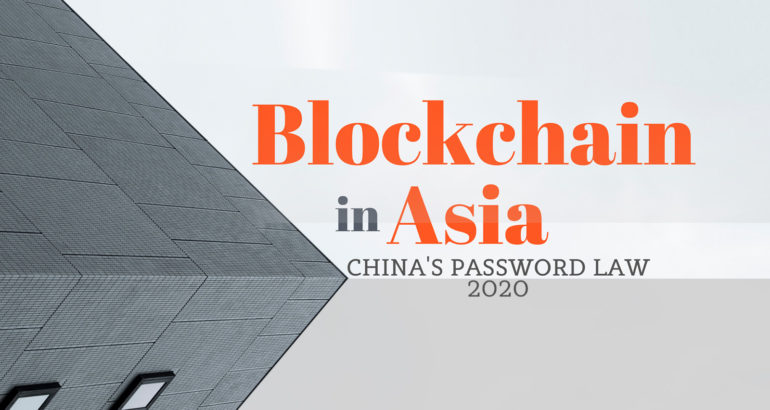 The People’s Republic of China has officially bestowed legitimacy to Blockchain and Cryptography. The country’s enchanted Blockchain industry will now be regulated as per China’s Password Law. The world’s first Password Law has come into effect on 1 January 2020, following the Chinese government’s initiative to regulate how government agencies and private companies use data to run their cryptography management systems. From the start of this New Year 2020, the Office of State Commercial Cryptography Administration (OSCCA), and only approved products are sanctioned for use in China.

In this article, we are providing a quick overview of China’s Password Law and what it entails for the blockchain ecosystem globally.

Though a very unique development in the global Blockchain scenario, the Password Law is completely home-grown and blossoming affaire de coeur.

Within weeks of its Seventieth anniversary of the People’s Republic of China (1 October 2019), the government led by President Xi Jinping passed a resolution to regulate cryptography for multiple industries. A Chinese daily had reported that the 14th Session of the 13th National People’s Congress Standing Committee voted to pass the ‘crypto law’ on 26 October 2019.

It adopted the Password Law to facilitate the development and management of Crypto-based technologies and to secure their use in the digital, IT and other miscellaneous industries, including in banking, eCommerce, Telecom, and Military. The law is also determined to reward companies that have fair China Blockchain Strategies and that adhere to the new regulation, as much as it is to enforce strict punishments to individuals and agencies that breach the policy.

According to the Chinese Cryptography law, the applications are classified into –

Core and Common Cryptography platforms and their management are strictly restricted and can be accessed by a limited number of Chinese authorities only. The dereliction or breach into these platforms would lead to the country’s exposure to cybercrimes, data hacks, and frauds. In short, core and common cryptography are ‘state secrets’.

The country now has a systematic procedure to examine, authenticate, and prosecute every cryptography operation. Failing to adhere to these provisions would lead to warnings, fines, or getting the properties confiscated.

For Commercial cryptography, companies that leverage the technology would be guided to set up management, supervision and information exchange systems to check administration and governance. It’s a non-state institution, but it would still require the Chinese government’s approval to run the systems safely within the country’s geographical and socio-economic boundaries.

Currently, encrypted products belonging to the hardware and software industry fall under the purview of Chinese Crypto laws, while it may exclude standard OS, and internet browsers from the regulation. Non-Chinese companies and their products have to seek approval from OSCCA. In addition, China’s Custom body would work with the OSCCA to check and prevent the import, and sale of encryption technology in China. JVs involving Chinese enterprises are specifically approved to import and use encryption products that are manufactured/developed abroad. There are restrictions to their use beyond enterprise communications and overseas coordination. Encrypted telephones, fax machines, instant messaging dashboards, and Video Conferencing tools would require approvals from the Custom and the OSCCA.

Passwords and their Encryption Practices

Encryption is a technical term referred to as the method of digitally converting any information into a secret code. The science of encryption and decryption of any such information using ciphers is called cryptography. Cryptographic encryption ensures the confidentiality, authenticity, and integrity of any information that needs to be protected. It also prevents information senders and recipients from denying their role in the cryptography process.

Its Chinese version is "比特币入门" (Entering into Bitcoin)

Inspired by how the book is done, me and @XiongTylerYue plan to work on another "比特币进阶“ (Advancing Bitcoin) in Chinese together with a dozen other Chinese Bitcoiners friends later this year!

The world’s first state-regulated cryptography law categorically divides the types of passwords, their applications and the mechanisms in the various institutions that are meant to deploy them. In a total of 5 chapters and 44 articles, the Chinese Password Law explains the extent of authority on core and common password usage, their legal requirements, security management system and so on.

The users are required to register through an electronic government electronic certification service management system, whose post-mortem supervision would be carried out in case any incident is reported in the future.

In addition to statutory guidelines on the definition, deployment, management and the use of encryption systems, the Cryptography Law stipulates that the state strengthens the cultivation of cryptographic talents and team building. The law shall identify and reward organizations and individuals who have invested their resources and talent in making the Chinese Cryptography industry better and secured, and in accordance with the state-guided regulations.

As per the provisions of the Password Law, China is accelerating the adoption and research in Commercial Cryptography markets through academic exchanges and conferences. However, it has been explicitly mentioned that the crypto operations and departments wouldn’t be used to harm the country’s security, national interest, and people’s rights and privacy.

The law protects cryptography practitioners in the country to keep their business secrets and privacy. It’s their duty to follow and to maintain duties in a ‘strictly confidential’ manner.

What are the legal liabilities if you breach?

Chines Password Law has the right to monitor, investigate and prosecute an individual or a business unit that is found to engage in illegal activities and against state policies. It includes cyber warfare, social media bullying, hacking, frauds, and infringements into public rights and interests. All cases would be held accountable as per the Chinese Cybersecurity Law.

Last year, in November, the official Weibo account of blockchain project Tron was suspended due to a report filed against the social media platform.

We are yet to be confirmed if the promotional and brokerage services dealing with the Initial Coin Offerings (ICO) projects that are registered outside of the country could be regularized as per the new Chinese Password Law.

Interestingly, the law also intends to protect those who spot illegal acts and inform the Core and Common cryptography authorities in time. Those who fail to spot or inform agencies in time; or, who knowingly fail to report incidents despite spotting illegal activities would be punished.

To supplement the Chinese forces in the Asian Blockchain market, we found out enterprise companies and startups based in Israel, South Korea, Japan, Thailand, and UAE are also marching forward as top hotbed zones.

For decades, the Chinese economy has been a closed-door landscape. However, the recent times, we have seen a rampant transformation in the country’s outlook to grow into a digital superpower.

Ironically, the Chinese government is yet to remove the ban on crypto and related virtual currency exchanges, even as President Xi Jinping called for a collective effort to accelerate Blockchain innovation.

Companies like Binance, Kraken, Bittrex, Huobi, Coinbase, Bibox and others could usher China into a fully-secured Blockchain economy, now that these companies would find China’s Password Law as a base to comply with.

China, more than anywhere else in the world, will use blockchain strategically instead of tactically. More projects ( in China) are driven by top management who use blockchain as a strategic weapon rather than a productive tool.”

Given the de facto ban on virtual currency exchange in China, we see other countries in the APAC region promoting their blockchain capabilities and much-open economy. For instance, Singapore has already accepted Blockchain as the future of all financial growth. In fact, the Monetary Authority of Singapore (MAS) has affirmed Blockchain as a ‘fundamental’ element in the region’s economic growth.

Recently, China and Singapore signed off on a Blockchain trade deal.

In a recent blog, Binance CEO delivered in his New Year message. CX said, “2019 (the year) has seen some significant positive changes in attitudes of many governments around the world towards Blockchain and Crypto adoption. From Bermuda accepting BUSD for tax payments to China going all-in on the Blockchain, we may have just crossed the threshold point of “adopt Blockchain or be left behind” for the rest of the governments. As a result, we should see many more governments rushing to Blockchain in 2020.”

Binance is securing the future with an aim to enable fiat-to-crypto trading for over 180+ fiat currencies.

In November 2019, it was reported that the Chinese authorities issued a crackdown on all existing crypto exchanges and related services, directing the state banks to take necessary action. An official notice signed by the Shanghai Internet Finance Rectification Agency and the Shanghai Bureau of the People’s Bank of China underlined the need to regularize the undercover decentralized bitcoin mining industry.

Experts believe that China’s Password Law would help to allow new investments into the throbbing encryption-driven industry, encouraging commercial development of Blockchain, Cryptocurrency, and related management systems. I have examined tons of Chinese links and heard discussions related to the contemporary trends in Blockchain and Crypto-based systems, their roles in driving innovation in neo-business models, and the future of crypto-based society.

“Many companies across a wide range of industries have started to understand blockchain and its potential to change the business world in 2018. We expect this interest in blockchain to continue in 2019 and the next three years. As the seventh innovation accelerator in digital economy, blockchain is a great opportunity for many companies to transform inefficient processes into efficient and secure ones.”

The Chinese economy could actually further close the gap with the Americans by solely transforming into a virtual currency-based nation. The hype of running the economy on Blockchain technology has forced agencies to target virtual currency exchanges and force them to comply with the relevant rectified actions. With Password Law, the stage is set for the Chinese and the investors from the West to look at the Dragon Economy with new zeal and secured interests. According to Richard Bird, Head of Freshfields IP/commercial practice group in Asia, “Where companies sell encryption technology without approval, fines of up to three times the unlawful turnover may be imposed.”

Knowing that data watchdogs are sniffing out criminal hacks from around the world (EU’s GDPR and US’ CCPA), China could suddenly become a benchmark for blockchain and cloud computing vendors, enabling them to secure access to sensitive data from diverse data collection and storage centers. At 60+ IBM cloud computing centers, blockchain is already reckoned as the top-driver of the SaaS and application growth.

At the ongoing CES 2020, you can hear about the future of digital currencies and the role of crypto and blockchain technology. Let’s see how the Chinese economy doubles on its Crypto-based investments in 2020.

( To share your insights, please write to us at news@martechseries.com) 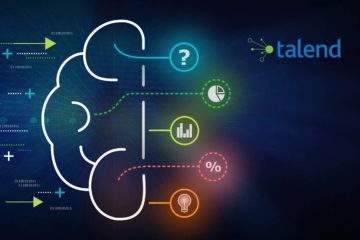 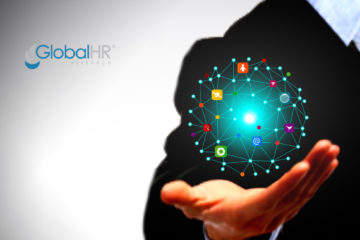 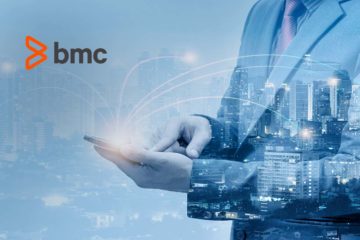