WISeKey International Holding, a leading cybersecurity, IoT and Blockchain company announced that it will expand the operations of WISeCoin in Romania via the establishment of a WISeCoin Node and a Blockchain Center of Excellence in Bucharest.  This Center of Excellence will fully benefit from shared learnings, experiences and resources from other centers established by WISeKey around the world and will facilitate WISeKey’s expansion in the region.

The Romania WISeCoin Node will be connected to other WISeCoin nodes linked to a network of Blockchain Centers of Excellence in India, Canada, Switzerland, China, Argentina, Malaysia, Mauritius and Rwanda. All these centers will be interconnected via 3 Hubs: Geneva, Toronto and Beijing, a Trust Triangle operating under a Common Trust Protocol, using WISeKey’s PKI hardened Blockchain technology, bringing trust and security, while maintaining the core Blockchain values of transparency, auditability, and traceability.  WISeKey’s implemented and integrated PKI solution is complementary to any Blockchain platform, where it can assist with developing a better trust model for use within a distributed system and create a universal Trust Protocol for the Internet 2.

The business model of the Blockchain Center of Excellence is to assist local Blockchain startups and research companies to promote their technologies internationally, facilitate the rapid adaptation and on-boarding of Blockchain-based solutions, foster stronger collaboration between the public, private and academic sectors and cooperate to ensure that the latest technological standards are made available in a safe and trusted manner.

WISeKey’s strategy to enter new regions via long-lasting relationships with a strategic partner, brings a stream of high-profile clients that are in high demand for cybersecurity solutions, such as digital identity and privacy, secure mobile communication, secure cloud computing, IoT, secure semi-conductors, Blockchain and other innovative technologies offered by WISeKey. 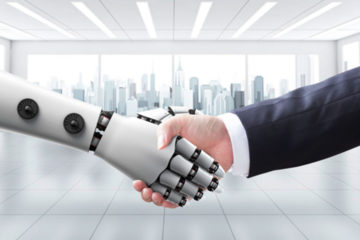