BRI, an independent global think-tank, brings together the world’s leading authorities to undertake ground-breaking research on BlockChain technology. Currently, WISeKey is the largest provider of Digital Identification in the world with over 20 years of expertise in PKI, IoT and Identity Management. Its Root of Trust (RoT) is the most ubiquitous version on the Internet with over 4 billion downloads and installs.

“For years, we have used digital identities to allow people to vote electronically, secure their financial transactions, access their health records and now we are moving towards a universal use of Digital Identities,” said Carlos Moreira, Founder and CEO of WISeKey.

“WISeKey and the BRI are pioneering the way BlockChain and Digital Identity disrupt industries and decentralized Trust. At the heart of this industrial platform is the OISTE-WISeKey Cryptographic RoT which has been actively used since 1999 by over 4 billion desktops, browsers, mobile devices, SSL certificates and IoT devices sharing a universal ledger. The OISTE WISeKey Cryptographic RoT is ubiquitous and universal, and a pioneer in the creation of Digital Identities,” concluded Mr. Moreira.

“Companies around the world are looking for new, innovative ways for this technology to transform their business model, particularly in identity management” said Blockchain Research Institute co-Founder and Executive Chairman Don Tapscott. “WISeKey has proven itself a tremendous leader in that sector for years.”

“In the BlockChain ecosystem, no company is an island,” said Tapscott. “The network we’re building at the BRI between some of the world’s most influential global enterprise leaders and pioneers in the BlockChain space is crucial to executing on the insights provided by our research.”

SPOKKZ Teams Up With Ontology to Revolutionize Content Streaming Through Blockchain 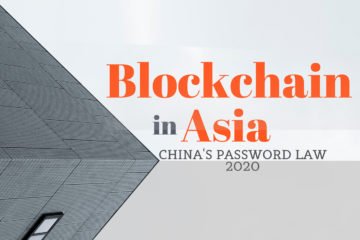