WISeKey International Holding Ltd (“WISeKey”), (SIX: WIHN) a cybersecurity IoT platform company, announced that it will award a prestigious group of Blockchain leaders with the Blockchain Center of Excellence Award.  The award ceremony will take place on January 23, 2019 at 8:30 pm CET, at the Piano Bar of the Hotel Europe (Promenade 63, 7270 Davos Platz, Switzerland).

This year, the Blockchain Center of Excellence Award will be presented to: Construction Chain / Shuo Chen / Alexei Chekunkov / Nazira Beishenalieva.

Since 2007, WISeKey has been organizing annual gatherings in Davos, fostering the dialogue about the future of cybersecurity and internet technology with industry experts.

China Blockchain Application Center will present the “2019 Blockchain Outstanding Awards” to companies and individuals who have made great impacts globally to the development of Blockchain industry in the past year.

The China Blockchain Application Center (CBAC), a public welfare and non-profit institution supported by the Beijing Municipal Bureau of Financial Work (founded by the Museum of Fintech) and several leading institutions in the Blockchain space, promotes industry certification and blockchain industry standards. This year CBAC’s report on the China Blockchain industry development, provides deep insights of the development of the industry.

Tai Innovation Park’s partners, located in many cities and regions including Changsha, Beijing, Hong Kong, Dubai, Tokyo, will offer opportunities to high-tech enterprises all over the world. (#BlockchainCenterofExcellence)

WISeKey’s interconnected Blockchain Centers of Excellence will operate as “coordinated, interoperable blockchain ecosystems” allowing all its partners to fully benefit from shared learnings, experiences and resources.

The initiative launched at the Geneva Blockchain Congress on January 21, 2019 will help promote the use of Blockchain technologies on a global level, facilitate the rapid adaptation and on-boarding of Blockchain-based solutions, foster stronger collaboration between the public, private and academic sectors, and help ensure that the latest technological standards are made available in a safe and trust.

“The creation of Blockchain Centers of Excellence represents an important step to overcome the tremendous trust deficiency we currently live with and represents an unprecedented effort in fostering stronger collaboration between the public, private and academic sectors for the adoption of latest technological blockchain standards in a safe and trusted manner,” said Carlos Moreira, WISeKey’s CEO & Founder.

What’s New for Artificial Intelligence in 2019? 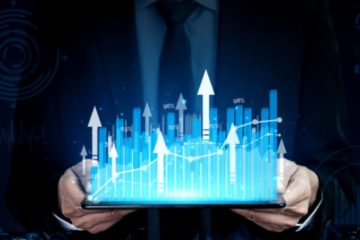