Business and technology executives globally underestimate the disruptive potential of 5G technology that will result from increased network speeds and capacity, according to results of a global study from Accenture . A survey of more than 1,800 executives from midsized and large businesses across industries in 10 countries found that most of them (53 percent) believe there are “very few” things that 5G will enable them to do that they cannot already do with 4G networks. Fewer than two in five executives (37 percent) expect 5G to bring a “revolutionary” shift in speed and capacity.

At the same time, executives acknowledge that the technology has important competitive implications. Sixty percent of executives believe that 5G will cover nearly all the population by the year 2022, and 70 percent believe that 5G applications will give them a competitive edge with customers. More than two in five executives also expect 5G to have a “significant” impact on speed (46 percent) and capacity (42 percent).“The reality is that 5G will bring a major wave of connectivity that opens new dimensions for innovation and commercial and economic development,” said George Nazi, Accenture’s Network practice global lead. “Breakthroughs in three-dimensional video, immersive television, autonomous cars and smart-city infrastructure will unleash opportunities that are difficult to imagine today but will soon be transformative. Telecommunications companies will play a pivotal role in bringing these prospects to light.”

Nearly three-quarters (72 percent) of executives said they need help imagining the future possibilities and use cases of 5G, and telecommunications companies are one of the leading service providers that executives plan to partner with on their 5G journeys, cited by 40 percent of respondents. However, 60 percent of executives said there is a lack of knowledge among communications services providers about the challenges in their industries, like how diverse industries can apply 5G technology to innovate.

Executives also cited a number of perceived barriers to 5G adoption, including the upfront investment (cited by 36 percent of respondents), security (32 percent) and employee buy-in (29 percent). While 78 percent of executives believe that using 5G in the workplace will make their business more secure, one-third (32 percent) have concerns about the security of 5G.

Anders Lindblad, Accenture’s Communications & Media industry lead for Europe, said, “Despite the knowledge gap, there is excitement among business leaders about the value that 5G can bring to enterprises. This value is currently trapped within the perceived risks and uncertainty around 5G, which can be unlocked by organizations that understand customer needs, can overcome barriers to adoption and can drive collaboration among service providers.”

Among the study’s other findings:

Methodology
Loudhouse Research conducted an online survey on behalf of Accenture of 915 IT decision makers and 913 business decision makers across 12 industry sectors in the United States, United Kingdom, Spain, Germany, France, Italy, Japan, Singapore, United Arab Emirates and Australia. The survey and related data modelling quantify perceptions about industry and employee knowledge about 5G and its potential impact on their business and their lives, respectively. The online surveys were conducted between December 2018 and January 2019. 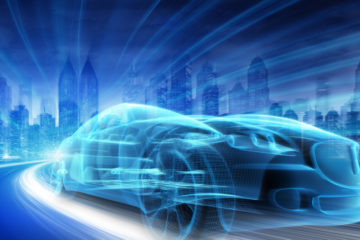