The Ananas Foundation Is Currently Holding a Fundraiser for the Platform’s Development with the Help of Ethical Ico Platform Chainstarter.

Fighting misinformation in a rapid 24-hours news cycle and the age of social media can be a challenge. Zeena Qureshi, social-tech entrepreneur, cofounder and CEO of the Ananas Foundation, believes that a cryptocurrency can change the world. Using cutting edge technology, the Ananas Foundation is creating a Wikipedia-like platform that empowers individuals and communities to map their own belief systems, ideologies and identities.

“More and more in today’s world we see selective facts and/or misinterpretations without context, which only further fuels the ideological divides that have existed throughout history,” says Zeena Qureshi. “Misinformation is one of the issues that stands at the root of a lot of global problems from slavery and extremism to the refugee crises and territorial disputes. With strong disparate beliefs and opinions all around, finding harmony isn’t easy, but that’s where the Ananas Foundation and its contributors will make a difference.”

On the Ananas platform users will be able to access knowledge, connect with both like-minded peers and others with diverse views, and learn from each other. All contributors on the platform will be rewarded with Anacoin cryptocurrency for their efforts. Anacoins drive the platform and are used to incentivize good behavior, like providing high-quality information, and to punish bad behavior such as spamming or trolling. They can be bought with any currency and are built on the Ethereum blockchain. They can also be converted to a range of global currencies. Anacoins are used to bring together a diverse group of contributors to work together to promote factual information and contribute to understanding between groups.

“Imagine tackling extremism and Islamophobia by using an encyclopedia that contextually outlines the Quran, or an interactive text that shows amendments by different viewpoints that have shaped the United State Constitution,” adds Qureshi. “Ananas’ Living Texts will build the world’s most reliable resource of subjective knowledge from religion and culture to politics and beyond.”

At the core of the Ananas Foundation is a community of people committed to promoting understanding and empathy. The foundation’s team members come from a wide range of backgrounds, including teams from the University of Oxford, University College London, Imperial College, and Stanford. They have experience in AI, data science, cognitive science, fintech, counter extremism, international relations, and more.

Partners and donors, such as Google, IBM, Nvidia, and Grakn, are all a part of the mission. Leading the foundation, Qureshi, is joined with cofounder and hedge-fund manager Emad Mostaque who, with the support of philanthropist Tony Robbins, has undertaken the foundation’s research. 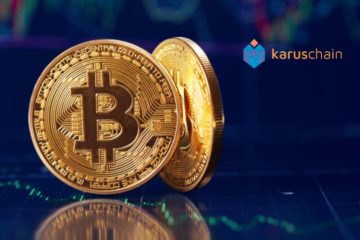