No Matter What You May Think, The IRS Knows About Your Trading And Expects You To Pay Tax On Earnings Or Face Hefty Penalties

Today, GetCryptoTax announced the launch of its flagship web application, which will help cryptocurrency traders calculate capital gains so they can report earnings on their tax forms.

Many don’t even realize that they need to declare their cryptocurrency earnings. Most exchanges do not send users a 1099 form, and tax filing websites like TurboTax and H&R Block don’t ask if you sold cryptocurrency in the previous year. It is up to individuals to stay proactive and inform themselves of new tax laws.

If the IRS catches you not paying taxes, common fees include a “substantial understatement” penalty and “negligence or disregard of the rules” penalty, which are an additional 20 percent of the net understatement of tax. And if the IRS thinks you knowingly and intentionally did not pay your tax, it will charge you an additional 75 percent for committing fraud.

In previous years, fewer than 900 people reported capital gains on Bitcoin to the IRS from 2013 to 2015. It is likely that many believed they could avoid paying taxes because of the perception that their trades would not be traceable. For example, AlphaBay, the successor to the illicit online market “Silk Road,” was still recommending using Bitcoin as a privacy coin in 2016.

But the assumption that Bitcoin is anonymous or untraceable is unfounded. The FBI was able to trace $13.4 million in Bitcoin from the Silk Road to its apparently anonymous founder, Ross Ulbricht, by tracing public transactions on the blockchain – and that was back in 2014. The next year, the IRS partnered with Chainanalysis to identify suspicious activity among owners of digital wallets.

Now that you’ve decided to file your cryptocurrency taxes, how do you do it?

In the US, cryptocurrencies are treated by the IRS as property, similar to stocks. This means that you must pay capital gains on your investments that you have sold and basic income tax if mining or earning cryptocurrency for work.

Our recommendation is to use GetCryptoTax.com because it is cheap, user-friendly, and safe.

Founded in 2018, GetCryptoTax aims to be the market leader in crypto tax preparation software by focusing on customer value and quality of user experience. The company was formed by crypto trading expert Ian Hafkenschiel when he realized that the rising prominence of cryptocurrency creates the need for tools to help traders stay compliant.

This app has one of the slickest user interfaces out there and provides an illustrated click-by-click tutorial to help you extract your trade data from exchanges. It uses spreadsheet imports instead of API connections because, if you set up your API access incorrectly, apps could potentially trade with your money! With the tax deadline upon us, head over to GetCryptoTax.com before it is too late.

Read More: 10 Jobs That Companies Are Using Drones To Do

What is IIOT, and How is it Powering the Fourth Industrial Revolution? Learn from Hitachi, Caterpillar, Google, Uber and More in San Francisco 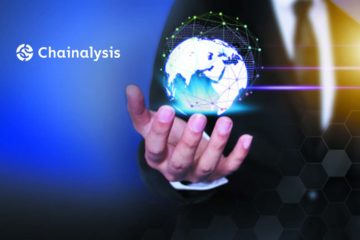