OKCoin, a leading fiat-focused digital asset exchange with service in 184 countries, announced today that traders outside of the U.S. can now deposit and withdraw euros. Starting at 8:00 pm PT today, all OKCoin users can participate in euro spot trading for leading digital assets such as Bitcoin, Ethereum and Bitcoin Cash, with more digital asset pairs being added soon. From now until September 4, 2019, OKCoin will not charge a fee for euro deposits and withdrawals. As the second largest currency in the world, the euro becomes the latest addition to OKCoin’s fast-growing stable of fiat currencies and leading digital assets such as Bitcoin, Bitcoin Cash, Cardano, Ethereum, Ethereum Classic, Decred, EOS, Litecoin, 0x, Stellar, Tron, XRP, Zcash, and others.

OKCoin also announced the grand opening of a new office in Malta, an EU member state also known as “Blockchain Island” for its comprehensive government initiatives to provide a sound regulatory framework for blockchain enterprises. The office will be headed by OKCoin General Manager, Jovan Gavrilovic.
“Europe is essential to the evolution of the cryptocurrency markets. While maintaining a balanced regulatory approach, the EU has produced many progressive ideas for innovating and disrupting the status quo of the global financial system,” said Jovan Gavrilovic, General Manager of Europe at OKCoin. “We are very pleased to bring Virtual Financial Assets, as defined in Malta, to the European market in a secure and reliable manner, enabling users in Europe to trade cryptocurrencies for euros easily and safely.”
Read More: Mercury Systems Wins the Contract to Develop Next Generation Airborne Radar Processing Subsystems
By pursuing the Virtual Finance Asset (VFA) license with the Malta Financial Services Authority (MFSA), OKCoin demonstrates its commitment to working with governments and regulators throughout the world for the protection of traders and the entire industry. The company’s Malta office is part of the chiliZ Blockchain Campus, an accelerator and hub connecting some of the industry’s largest stakeholders across Asia and Europe. OKCoin is currently hiring several employees for its new Malta office and plans to expand its presence to support the company’s rapid growth throughout the rest of the world.
After initially launching in China and becoming one of the largest digital asset marketplaces in the world, OKCoin relaunched in the United States in July of 2018 when relocating its headquarters to San Francisco and offering trading services between U.S. dollars and several major digital assets or Convertible Virtual Currencies. Today’s launch of euro-to-token trading continues the company’s expansion and signals its commitment to bringing safe, secure and trusted token trading to traders and institutions throughout the world.
Read More: Evoque Partners with Megaport to Bring Direct Multi-Cloud Connectivity to Customers
cryptocurrency news OKCoin 2019-06-04
AIT News Desk
Tags cryptocurrency news OKCoin
Twitter Facebook Google + linkedin More 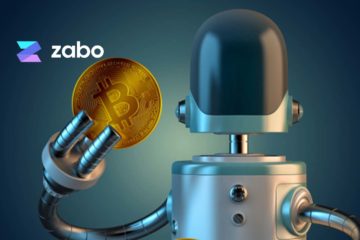