According to the latest development, YOYOW officially released the YOYOW Token Economy White Paper. In the next one or two months, the team will release the Mainnet 2.0 Testnet and the official Mainnet 2.0 and other related packages according to the roadmap. The Token Economy White Paper mainly explains to users the various features of the new version of the mainnet, including: a more complete YOYOW token economic model, specific parameters of the incentive loop mechanism, and incentive rules for content platforms, content participants, and block producers.

Compared with the previous YOYOW mainnet 1.0, the mainnet 2.0 added content incentives, block producers and decentralized advertising networks, which clarified the specific participation rules and applicable control parameters of each participating role of the YOYOW network. In the construction of the overall economic model, the economic system of YOYOW can be guaranteed to operate smoothly and orderly, and at the same time, the YOYOW network is promoted to be more active, and the income level of the block producer (witness) can be greatly improved.

So what kind of economic model will YOYOW Mainnet 2.0 construct? How is the vital block producer obtained, and what is the specific situation of the income? Which participants also benefit the overall rules? What new surprises are there in the incentive loop mechanism? The following is a description of the relevant Economy White Paper:

In order to ensure normal circulation and the healthy operation of the entire economic system, the incentive tokens extracted from the token incentive pool every year may not be fully circulated, but will be gradually released as the economic activity of the YOYOW network increases and enough quality content is produced. The amount of these released incentive tokens will not exceed the annual withdrawal limit and the tokens that are extracted but not released will be temporarily stored in the pool of funds.

YOYOW’s decentralized advertising network can realize traffic growth and increase revenue for the content platform, thus achieving organic growth of the YOYOW blockchain network. Through community autonomy and the elimination of intermediate links, the cost of operations and middlemen has been greatly reduced, thus achieving the incentive loop.

For each order of the advertising orders, YOYOW network will charge 0.1% of the total order price as the handling fees, and the fees will be stored back to the token incentive pool. As the content network activity and quality continue to increase, the tokens that are recycled to the token incentive pool through advertising fees are also increasing, and YOYOW’s economic system tends to be economically balanced under self-regulation.

The release of this white paper and the upcoming YOYOW Mainnet 2.0 update have enabled the YOYOW team to further implement the concept of decentralization of the blockchain and the distribution of UGC content dividends over the years. Supported by a sustainable token economy, the YOYOW network is ready to welcome more quality platforms and quality content.

The election of YOYOW block producers is about to start. Please continue to pay attention to the major information publishing platforms of YOYOW. 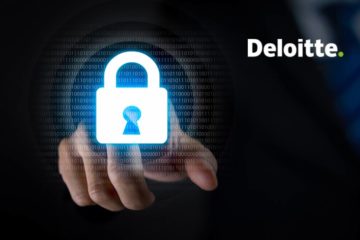