DinoPlusAI Inc. announced that Dr. Sam Heidari has joined its Board of Directors and will serve as the Executive Chairman.

Dr. Heidari is a seasoned technology executive for both public and private companies. Recently, he was the Chairman of the board and CEO of Quantenna Communications in which he drove the organization in developing the most advanced Wi-Fi hardware and software solutions to date thereby enabling networking applications previously not thought possible. Dr. Haidari led Quantenna’s successful IPO in 2016 and its subsequent acquisition in 2019.  Prior to Quantenna, he served as chief technology officer at Ikanos Communications Inc. He joined Ikanos as one of the original team members and provided meaningful contributions to its IPO. Then, Dr. Heidari rejoined Ikanos in 2006 via the acquisition of Doradus Technologies Inc., where he had served as president and CEO.

Dr. Heidari serves on the Global Semiconductor Alliance Board of Directors and has served on the advisory board for both Electrical Engineering and Computer Science Departments at the University of Southern California. He is a senior member of IEEE and holds more than 46 U.S. and international patents. Dr. Heidari was named the 2014 Executive of the Year by the Golden Bridge Awards and the 2017 Executive of the Year by UBM. He earned his M.S. and Ph.D. degrees from University of Southern California, and a bachelor’s degree in science from Northeastern University, all in Electrical Engineering.

“DinoPlusAI’s highly latency-optimized Artificial Intelligence (AI) processors have tremendous potential to enable future’s real-time and ultra-low latency applications and it is a catalyst to many future AI applications,” said Dr. Sam Heidari. “I am honored to be part of the DinoPlusAI team and to contribute to the growth of the company along with its founders and leaders.”

“We are excited to have Dr. Heidari as part of our leadership team as the company is entering the next level of the growth to make AI processor a vital part of computation from edge to core, from consumer daily life use to mission critical enterprise applications,” said Jay Hu, founder and CEO of DinoPlusAI Inc. “We believe that his decision to join our board of directors is a testament to our technology.”

Plex Launches Ad-Supported Video on Demand on Every Continent, Delivering Free Streaming of Thousands of Movies and TV Shows On Any Device to more than 200 Countries 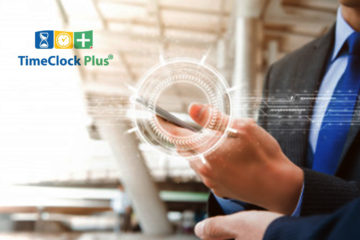