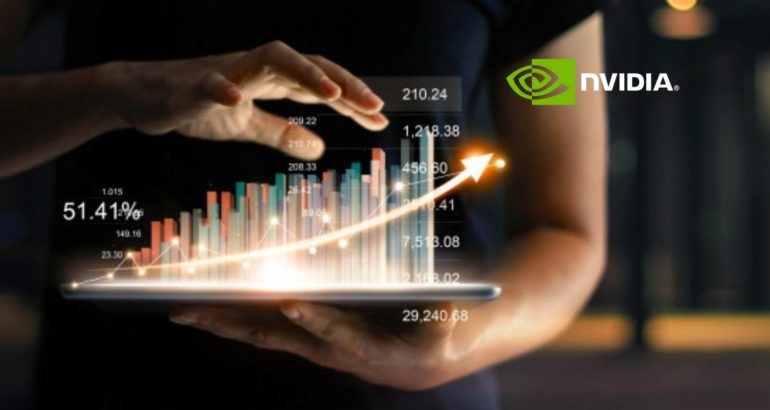 NVIDIA completed its acquisition of Mellanox Technologies Ltd. on April 27, 2020, for a transaction value of $7 billion. It also transitioned its GPU Technology Conference to an all-digital format, drawing more than 55,000 registered participants, while NVIDIA founder and CEO Jensen Huang’s keynote videos were viewed 3.8 million times in their first three days.

“As the world battles COVID-19, we salute the first responders, healthcare workers, and service workers who courageously step in harm’s way to save lives and keep the world going,” Huang said. “We also thank the scientists around the world racing to find a vaccine for COVID-19.

“NVIDIA had an excellent quarter. The acquisition of Mellanox expands our cloud and data center opportunity. We raised the bar for AI computing with the launch and shipment of our Ampere GPU. And our digital GTC conference attracted a record number of developers, highlighting the accelerating adoption of NVIDIA GPU computing.

“Our Data Center business achieved a record and its first $1 billion quarter. NVIDIA is well positioned to advance the most powerful technology forces of our time – cloud computing and AI,” he said.

In the first quarter of fiscal 2021, NVIDIA paid dividends of $98 million. Due to current market uncertainties, NVIDIA is evaluating the timing of resuming share repurchases and will remain nimble based on market conditions. NVIDIA is currently authorized to repurchase up to $7.24 billion in shares through December 2022. It remains committed to paying its quarterly dividend.

Since its previous earnings report, NVIDIA has achieved progress in these areas:

Commentary on the quarter by Colette Kress, NVIDIA’s executive vice president and chief financial officer, as well as a presentation of first-quarter earnings, are available at https://investor.nvidia.com/home/default.aspx.

NVIDIA will conduct a conference call with analysts and investors to discuss its first quarter fiscal 2021 financial results and current financial prospects today at 2:30 p.m. Pacific time (5:30 p.m. Eastern time). A live webcast (listen-only mode) of the conference call will be accessible at NVIDIA’s investor relations website, https://investor.nvidia.com/home/default.aspx. The webcast will be recorded and available for replay until NVIDIA’s conference call to discuss its financial results for its second quarter of fiscal 2021.