MicroBitcoin (MBC) upgrades its network in October 2019. Key upgrade is to burn the volumes which haven’t been moved since Bitcoin hardfork. This removes the uncertainties of activation and makes community to know exact amount of maximum supply and circulation.

MBC, successfully hard-forked at Bitcoin’s 525,000th block level as of May 2018, is a peer-to-peer payment protocol with a very low transaction fee of 0.0001% compared to Bitcoin and a significant increase in transaction rate per second. After said hard-fork, MBC has received positive reviews for its stable mining and fast network speed. MBC’s core dev teams announced this upgrade would increase trust more among participants and contributors.

This new network will be launched on 1,137,200th block level of MBC network, which is estimated to take place at 11:00 UTC on October 9, 2019. The dev teams recommend all of MBCs community members had better not to generate transactions before or after 100 blocks of the aforementioned block.

Read More: Bidstack Launches in the US and Appoints Fisher as Head of Sales

The followings are the major features of MBC’s massive upgrade

During hard-forking of Bitcoin with snapshot on Bitcoin’s 525,000th block level, Bitcoin holder could activate MicroBitcoins (MBCs) with 1: 10,000 ratio. MBCs, which have not yet been activated from 525,001th block until network launch, are not able to be activated and will be burned. To date, about 27 billion MBCs have been known to be activated from 2.7 million Bitcoins, which means that more than 140 billion MBCs that have not yet been activated will be burned and nearly two-thirds of the total supply of 210 billion MBCs is lost.

While currently 12,500 MBCs are given to miner as mining reward for one block per minute, 5,500 MBCs per block will be given in new network, which means mining volume will be decreased to 44%. Instead of fixed reward per block like Bitcoin new network’s mining emission will decrease slowly in accordance with mining reward formula like Monero (XMR)

While rainforest v2 aka RFv2 is causing inefficiently slow validation of blocks, YesPower in particular is designed to be CPU-friendly, GPU-unfriendly, and FPGA/ASIC-neutral. In other words, it’s meant to be relatively efficient to compute on current CPUs and relatively inefficient on current GPUs. To make network more reliable, prevent block spamming and create better fee market, block size will be decreased to 300kb.

5 billion MBCs, which is 50% of pre-minded 10.5 billion MBCs held by foundation, development teams and contributors at 535,000th block level, will be technically locked up by 2021 and the remaining 50% will not be sold but only be held to intervene when market overheating or distortion occurs.

This coming network launch with massive upgrade will provide faster and more stable distributed platform for real use case of cryptocurrency and MBCs will be a cornerstone for companies and customers to do P2P transactions. 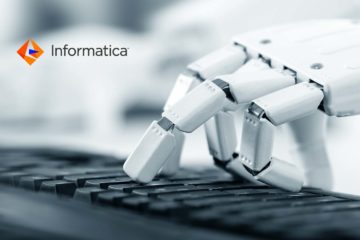