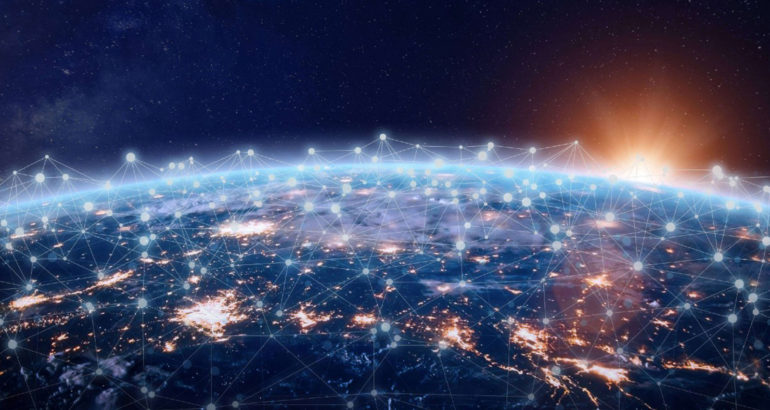 NewSpace Networks is acquiring and developing technologies for air and space-based systems leveraging terrestrial paradigms such as virtualization, edge computing, and the Cloud

NewSpace Networks, a software and strategic investment company focused on the aerospace ecosystem, revealed that it is raising $200 million to transform the industry from being hardware-focused to software-centric. NewSpace will accomplish this through a combination of acquisition, investment and internal product development. The company already has products under development that will be available later this year, along with key acquisition targets identified and in process.

Deploying aerospace infrastructure is currently slow, costly and highly proprietary, which limits its use to a very small segment of the commercial and government market, stifling innovation and adoption. NewSpace is focused on changing this by addressing four areas: affordability, efficiency, scalability, and adaptability to multiple market segments. The founding team has unique acquisition and operational experience from aerospace and enterprise software companies such as Lockheed Martin, VMware, Citrix, RSA Security and Akamai.

“Digital terrestrial transformation would not be occurring without the Internet and Cloud computing. The successful commercialization of space will only be achieved with similar software-based infrastructure to innovate upon,” said NewSpace’s co-founder, Shaun Coleman. “Yet, today there is no purpose-built Amazon AWS, VMware or Cisco for aerospace deployments. NewSpace is building, partnering and acquiring this much-needed capability.”

During the next five years, $48 billion will be spent deploying over 10,000 next-generation communication satellites which will connect to more than 15 million remote locations around the globe (Space News, 2019). These require a wide-ranging set of advanced two-way communication solutions in order to maximize network efficiency. Additionally, the explosion of remotely-generated data by a variety of devices will produce over 175 Zettabytes annually by 2025, stressing current Cloud connectivity and necessitating data reduction at the source (IDC, 2019). These two market dynamics will create significant new opportunities and the need for a more holistic approach to the way solutions are designed and built.

NewSpace has developed a targeted list of integrated innovations and investment areas. Its initial products will address the unique challenges of edge computing via space connectivity. Additional technologies will include:

“NewSpace is applying modern enterprise software technology to the aerospace industry to horizontally integrate diverse air and space systems. This strategy positions it well to fundamentally change the industry,” said Jim Simon, a former senior government official and industry executive. “Quick and less expensive innovation is absolutely critical to not only commercial but government customers as well.”

NewSpace founders bring decades of experience across aerospace, cloud, information security, and networking. The company was co-founded by Shaun Coleman, John Metzger and Robert Cleave, who have collectively founded multiple startups resulting in acquisitions by Ungermann-Bass Networks, McAfee, and VMware. Coleman was the first investor and co-founder of space access company Vector Launch, Inc., and led its GalacticSky satellite division, which created the world’s first intelligent software-defined satellite. He co-authored with Cleave and Metzger over 20 issued U.S. and international patents that Lockheed Martin is currently seeking to acquire.

“GlobalView is thrilled to be working with the talented management team at NewSpace. They have developed a clear and actionable vision for the future of aerospace and satellite technologies,” said David Orner, Partner at GlobalView.