Playkey announced the launch of its blockchain-powered cloud platform allowing anyone to play unlimited top-rated games from round the world without downloads or installations. Miners will be able to contribute their computing power, acting as cloud service providers, and will be paid in cryptocurrency through the PKT token. The PKT token will be available through a public token sale November 1, 2017.

As gaming moves to the cloud, it follows the earlier trends established in video, music, and other industries. By not having to purchase and maintain costly hardware and servers, cloud gaming is 10 times cheaper than personal gaming hardware (PC/console) because of how it leverages “sharing economy” principles. Aided by the development of GPUs, the Internet, and low-latency streaming, demand for personal gaming hardware has continued to diminish over the years.

“Today, 70 percent of Steam players are unable to play AAA titles such as Grand Theft Auto V in high resolution, while 30 percent of players cannot even run these titles on their legacy PCs,” said Egor Gurjev, Founder and CEO of Playkey. “Our mission is solve this problem by seamlessly combining the most recent developments in cloud technology with blockchain technology,”

The benefits to joining Playkey are many: Miners have the opportunity to optimize their computational potential more efficiently and with less risk than cryptocurrency mining. Gamers can select the best server to play their game on so their load speed is not slackened. Finally, game developers and publishers will expand their client base.

“We expect that an open, decentralized cloud gaming market will provide both private and professional miners with the opportunity to generate 2-3 times more cash—at lower risk than crypto mining—while decreasing prices for gamers by 50%, which will allow more gamers to play a larger variety of games. This naturally expands Playkey’s user base and the number of available servers per location,” said Gurjev.

Playkey plans to expand their offerings beyond only connecting gamers to games to eventually include a platform that allows users to create, buy, and sell all game-related services. The company has already begun mapping new business development opportunities to present to miners and game publishers. 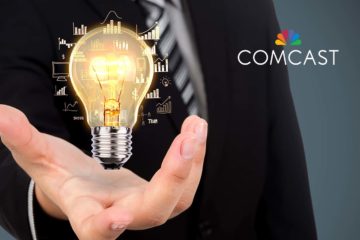 TigerGraph 2.0 Helps Enterprises Roar With The Fastest And Most Scalable GraphAnalytics