Thales launched InnovDays in 2012 as a way for its customers and partners to gain exclusive insights into the technological excellence of its research facilities. Since then, successive InnovDays events have turned the spotlight on the latest technological innovations developed by more than 29,500 Thales engineers and researchers.

InnovDays is a reflection of Thales’s objective of leveraging science and high technology to build a future we can all trust. By harnessing the unprecedented precision and power of quantum physics and augmenting the performance of its systems thanks to artificial intelligence, Thales is developing the new generation of technologies that will shape the world of tomorrow.

“InnovDays is an illustration of Thales’s outstanding technological capabilities and the passion displayed by our 29,500 engineers for helping our customers step up to society’s major challenges through innovation.” Marko Erman, Chief Technology Officer.

As an expert in critical systems, Thales is conducting in-depth research into both digital technologies and deep tech solutions to develop a portfolio of products based on a common core of technological building blocks. At InnovDays on 27, 28 and 29 November 2019, Thales will present a total of 70 practical applications of this research centred around the following themes:

Star guests from the world of science and industry will be taking part in these round table sessions, including Albert Fert (Nobel Prize in Physics 2007), Jean-Marc Jancovici (Founder and President of The Shift Project), Alexandre de Juniac (IATA Director General and CEO) and Pascale Senellart (research director at the Centre for Nanoscience and Nanotechnology, Paris-Saclay University, Paris-Sud University, CNRS).

From sensors that are up to 10,000 more accurate to ultra-secure communications, quantum technologies are set to push back the boundaries of physics and unleash previously unexploited properties of matter.

An aircraft flying from Paris to New York with only an inertial navigation system to guide it could determine its location to within a few kilometres. With future quantum sensors, it could land with a precision of within a metre. In other fields, quantum sensors could detect tumours that are invisible today, or provide a basis for developing new sources of energy.

Quantum physics relies on radically new concepts and ways of manipulating matter. Quantum sensors, like quantum communications and quantum computing, are currently under the microscope in the laboratories operated by Thales and its academic partners (CNRS, Université Paris-Saclay, etc.) at the Saclay research and technology cluster, south of Paris.

On 26 November 2019, Thales and its academic and research partners are organising a presentation at Saclay to highlight European excellence in quantum research: from cold atoms to flawed diamonds and superconductors, scientific progress in quantum physics has the potential to harness unexploited properties of matter and unleash a whole host of new opportunities.

Thales is working on these new properties to develop the next generation of quantum sensors, relying on the exact same technological building blocks as quantum computers. Quantum encryption too, could soon lead to communication systems that are completely secure and trustworthy.

Thales has also been selected to take part in the European OPENQKD initiative as part of the Austrian Institute of Technology (AIT) consortium chosen by the European Commission to install infrastructure in several European countries to test quantum communication networks.

Ultimately, quantum technologies will provide untold benefits for avionics systems, including order-of-magnitude improvements in navigation precision. But the immediate truth is that solutions are needed now to deal with the growth in air traffic, which is expected to have doubled by 2030.

This is the thinking behind PureFlyt, developed by Thales as the brain of tomorrow’s aircraft, a fully connected cockpit that will significantly increase aircraft performance.

PureFlyt will be unveiled in Toulouse on 25 November. One of the core innovations that makes PureFlyt a game-changer is its ability to draw on both onboard and open-world data, such as weather information, so that the aircraft trajectory can be permanently controlled, adapted and enhanced, resulting in optimised flight, decreased fuel consumption and a better flying experience for both passengers and crew. 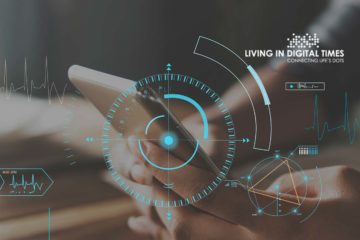 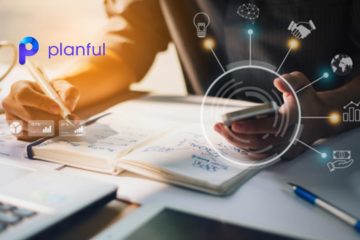