Taking the helm at revolutionizing and changing the face of storytelling through Virtual Reality, CEEK VR is in development with HOLLYWOOD ROOFTOP,  a multi-conceptual film including a 10 episode VR FragFilm and a 2D feature film.  The VR FragFilm (episodic content) will be filmed in Immersive Cinema VX/360, split into 10 fragments (Frags) while the 2D feature will be filmed simultaneously and serve as its companion, designed to stimulate the discussion of VR spatial storytelling and its connection with the language of cinema. As one of the original thought leaders in this discussion of VR content, producer/director Brett Leonard speaks all over the world on the subject.

Chronicling a group of young talented up-and-coming actors, and set entirely on a rooftop in Hollywood, each character is intertwined as they share their challenges, loves, failures, and successes as they all try to “make it” in Hollywood.  This will be one of the first truly dialogue-driven feature VR projects.

HOLLYWOOD ROOFTOP  will be executive produced by founder of CEEK, VR, Mary Spio, together with Brett Leonard(Lawnmower Man starring Pierce Brosnan, Jeff Fahey, Virtuosity starring Denzel Washington, Russell Crowe, Kelly Lynch) who will also serve as director. Brett Leonard’s production company, Tough Trick Transmedia, in association with Studio Lightship, will also executive produce. Edward Button (American Made starring Tom Cruise, Ten Thousand Saints starring Ethan Hawke) is set as Cinematographer for both the 2D feature film and 360VR series. The 360 Frags and 2D film will be shot simultaneously in a theatrical set within a fully immersive projection dome in Downtown Los Angeles.  Written by Mona Lisa Moru, who will also be starring in the ensemble of young up-and comers, the cast is comprised of mostly European actors, many from Sweden, including Börje Lundberg from the Academy Award-nominated A Man Called Ove.

Digital Cinema pioneer and CEEK VR CEO/Founder, Mary Spio states, “Working with the iconic Mr. Brett Leonard is an opportunity to once again disrupt the movie industry. My work on Star Wars Episode II via Digital Cinema set a new standard that has now become the de facto for film distribution; now with Hollywood Rooftop, we are defining for the first time what a scripted VR episodic can look like. I am honored and excited to work alongside Brett on this groundbreaking and pioneering series.”

Brett Leonard adds, “It is tremendously exciting to be working with CEEK VR and the amazing Mary Spio on this ground-breaking project. Both Mary and I are on a mission to evolve and define this new medium for the mass audience, and our collaboration on “Hollywood Rooftop” is a strong step in that direction”

Brett Leonard is an award-winning Filmmaker/Futurist with over 25 years of Hollywood experience as a pioneer in both the development and use of new media technologies. He is widely recognized as a top thought-leader in VR since introducing the concept and term “Virtual Reality” to popular culture in the seminal hit film Lawnmower Man.  In developing the concept of the “FragFilm,”  Brett Leonard won the PGA’s 2010 Digital 25 Award (with other recipients including James Cameron, Ridley Scott, and Mark Zuckerberg). Many pioneers and tech leaders of the emerging VR industry count Lawnmower Man as one of their key inspirations for creating the actual “reality” of this world-changing medium.

Filming will begin this summer, with festival runs and a release date set in 2019.

Sharknado Dives into VR for the First Time in Franchise History 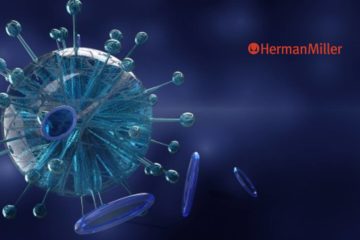