MoCo is World’s First to Combine Blockchain, AI, VR, and Video and Data Compression In One Platform

The MoCo Team announces the world’s first 3D/AR/VR/MR platform that combines artificial intelligence, tokenized marketplaces and payments, and state-of-the-art video compression – new technology that can decrease 4K 360-degree video to a tenth of the size of competing formats. MoCo is an AI-powered and blockchain-based virtual reality platform from VR Entertainment World Ltd’s MoCo Team. With this, the MoCo team is also announcing its token pre-sale begins on June 20th.

“MoCo will allow any virtual or augmented reality project to launch on the platform, but mass human communication is at the heart of what we’re developing right now,” says MoCo’s Head Technical Advisor Yokouchi Naoto. “While many companies are individually working with AI, VR, blockchain and video compression, the MoCo Team is bringing all of them together to allow for a 3D virtual world that mirrors communication in the real world. With just your smartphone camera, you will be able to make a 3D virtual avatar that exists on the MoCo Platform, with AI translating and emulating your real-life gestures into the avatar. All of this creates the next leap in the way that we communicate.”

Read More: Working Together To Strengthen The Lives Of Rural Americans

To enable the virtual world that the “digital you” can inhabit, the MoCo Platform allows for real-time 4K 360 degree VR content thanks to their proprietary next-generation AI-powered data compression. MoCo can take a 1.7 GB 4K 360 degree video file and compress it to 24 MB with negligible to no difference in image quality. When utilized for real-time Live 4K 360-degree content — which averages at 56 MB per second while streaming — MoCo’s AI can compress the stream to only 5 MB per second.

All of this is blockchain-backed, with the MoCo Token allowing for token-based tipping, subscriptions, paid chats, and other payment scenarios including marketplaces within the MoCo VR ecosystem. To store your MoCo Tokens, the encrypted MoCo Wallet will be your own personal bank in the virtual realm of the MoCo Platform.

Demonstrations of the industry-changing video compression technology from MoCo are being shown at the Japan Blockchain Conference 2018from June 26th-27th, and will also be available at the Blockchain World Conference from July 11th-13th. Demos of their AI-enabled motion capture, and motion capture to digital avatar technology — which brings your “digital you” to life — will also be at these events. Attendees and journalists will get the opportunity to interact with the virtual future right now.

UK and France to strengthen ties in Artificial Intelligence and data 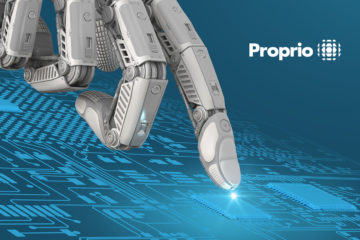 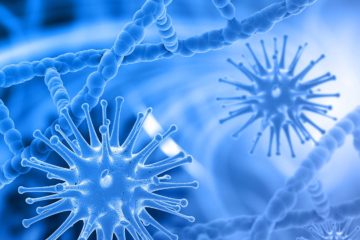