Wayfair Inc., one of the world’s largest online destinations for the home, announced that it has joined The Khronos Group as a Contributor Member, continuing its collaboration with leading technology and retail companies to advance the acceleration of 3D-modeling standards as the Khronos 3D Commerce Exploratory Group becomes an official Khronos Working Group.

“We’re inspired by the enthusiasm and cooperation displayed by the Exploratory Group members and are thrilled that the initiative will continue to rally the industry around a solution as an official Khronos Working Group.”

The Khronos Group is an open industry consortium of more than 140 leading hardware and software companies creating standards for 3D graphics, augmented and virtual reality (AR/VR), vision processing and machine learning. In April 2019, the 3D Commerce Exploratory Group was established to investigate the creation of standard practices for 3D model production and distribution.

Now an official Khronos Working Group, more than 70 leading retail, technology and manufacturing brands are collaborating to develop standards that will accelerate the widespread creation and consumption of 3D content. Head of Wayfair Next, Shrenik Sadalgi has been elected by participating members to serve as Chair of the 3D Commerce Working Group.

“Despite the trend toward the ubiquity of 3D content, there’s a lack of cross-platform standards for displaying virtual product models, preventing 3D content from being experienced consistently across devices,” said Sadalgi. “We’re inspired by the enthusiasm and cooperation displayed by the Exploratory Group members and are thrilled that the initiative will continue to rally the industry around a solution as an official Khronos Working Group.”

This marks the latest example of the ongoing efforts that Wayfair has undertaken to democratize the use of 3D modeling and accelerate visual merchandising innovation since it began rendering 3D product models in 2015, before launching its first augmented reality app in 2016.

“With emerging technologies empowering retailers to create highly-practical, immersive digital experiences, 3D is more impactful for than ever before,” continued Sadalgi. “Having been at the forefront of this transformation, we’ve learned that in order to scale these experiences and make them truly mainstream, standardization is a critical next step. We’re proud to be part of this vital alignment between 3D tool vendors, content creators, manufacturers, retailers and platforms.” 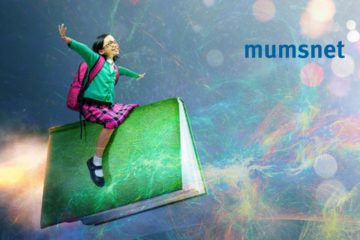