The Climate Impact of the €1.7 Billion Regeneration of the OAKA Olympic Site and Its Future Operations Will Be Rebalanced Using Poseidon’s ‘Reduce’ Platform

The Poseidon Foundation (“Poseidon”) is proud to announce its partnership with Redstone – the investment and strategy firm behind the Athens Alive regeneration project. Redstone and Athens Alive will integrate Poseidon’s reduce platform into all phases of their €1.7 billion regeneration project, which will restore and expand the 2004 Calatrava-designed Olympic Athletic Center of Athens (O.A.K.A.).

“Poseidon’s approach is a game changer. It allows us to manage our climate impact and enable millions of visitors, businesses and sport fans to take personal responsibility and action on climate change. Having ‘reduce’ integrated into Athens Alive will help make Athens a model for environmentally-friendly cities worldwide.”

reduce leverages blockchain and AI technologies to empower consumers to effortlessly rebalance their carbon footprints in real time, at point of sale, by making micro-donations to forest conservation. reduce can also integrate into government and corporate structures, and its use in Athens Alive signals the world’s first city quarter development to transparently address the climate impact of its entire lifecycle.

As an urban revitalization effort, Athens Alive will bring a new sports, entertainment and leisure hub to the 250-acre site in the city’s Northern Business District. Previously the home of the Athens 2004 Olympic Games, the project will put sustainability at the heart of the renewal, providing green offices, hotels, sports and leisure facilities as well as an incubator hub to support the growing Greek start-up scene.

In addition to rebalancing the climate impact of the site’s construction, reduce will also be available to the site’s future tenants. This will give every retailer, hotel, and business the chance to address their climate impact, while also providing the site’s estimated 7 million annual visitors the opportunity to engage in climate action through their purchases. The ultimate goal of the partnership is for Athens Alive to be a model of sustainability, showcasing how urban developments can tackle climate change in every aspect of their business.

Laszlo Giricz, founder and CEO of Poseidon, said, “We only have 12 years to effectively address the threat of global warming, at which point we will be facing runaway climate change. If we act now, we can still preserve an environment that is able to support human life. Redstone and the Athens Alive consortium are taking the immediate threat of climate change seriously and this project stands as a leading example to businesses around the world.”

The development, which will support 15,000 jobs, is expected to create €18 billion in wider economic benefits for Athens over the next twenty years.

Mark Alexander, a partner at Redstone, said, “Athens Alive will put sustainability at its forefront, which we believe is the right thing to do with projects of this scale. Cities account for more than 80 percent of our greenhouse gas emissions. If we don’t address the problems that cities create, there is no way that we can solve climate change.”

“Poseidon’s approach is a game changer. It allows us to manage our climate impact and enable millions of visitors, businesses and sport fans to take personal responsibility and action on climate change. Having ‘reduce’ integrated into Athens Alive will help make Athens a model for environmentally-friendly cities worldwide.”

Robotiq Raises Can$31 Million in Funding from Battery Ventures 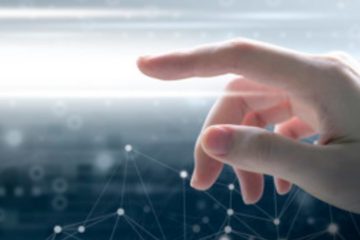 Parks Associates: 23% of US. Broadband Households Intend to Buy a Smart Thermostat in 2019