The first prospective pilot into artificial intelligence for point-of-care visual cervical cancer detection found it to be more effective than current laboratory-based methods.

Automated visual evaluation is the next step in the journey to leverage the power of AI in the fight against cervical cancer. With early detection, cervical cancer is preventable. But regular screening has remained inaccessible for millions of women around the world. The advent of the AVE (automated visual evaluation) algorithm promised to bring accurate, cost-effective screening to underserved populations.

Medtech innovators, MobileODT are leading the efforts to bring the AVE algorithm, initially validated by the National Cancer Institute and National Library of Medicine, to practical application. Running on MobileODT’s EVA System, the new CDS (clinical decision support) algorithm builds upon the AVE algorithm to create a cervical cancer detection tool that can be used at the point of care, on the EVA System portal.

The prospective pilot, just completed in South Korea, compared detection with the CDS algorithm to Pap cytology in 212 patients. Accuracy was measured in comparison to biopsies and clearly indicated the superiority of CDS to Pap cytology. Unlike Pap, which can take up 1-3 days to give results, CDS results are within one minute while the patient is still in the room.

This prospective pilot deployment took place under the guidance of Laonz, a South Korean medical equipment company. “Using EVA with CDS in the clinic, the 10 participating doctors could know within minutes what the AI predicts about the patient, instead of waiting days for the laboratories to return their results,” says Thomas Han of Laonz.

“CDS on the EVA System is the first real-world demonstration of how AVE AI technology can be used for point of care screening and has the potential to improve the accuracy and access to cervical cancer screening globally,” says Yael Misrahi, MobileODT’s Global Head of Partnerships.

The Korean pilot will be presented at the ASCCP Annual Scientific Meeting in Atlanta, USA, April 4-7, sharing this exciting development with leaders in the cervical cancer field. 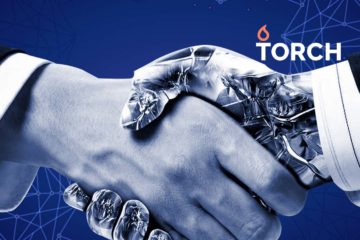