NASA’s commercial partner Northrop Grumman is scheduled to launch its Antares rocket carrying its Cygnus cargo spacecraft to the international Space Station at 4:46 p.m. EDT Wednesday, April 17. The launch, as well as briefings preceding and following liftoff, will air live on NASA Television and the agency’s website.

About two-and-a-half hours after launch, an automated command will initiate deployment of the spacecraft’s solar arrays. Full deployment will take approximately 30 minutes.

The Cygnus spacecraft, dubbed the SS Roger Chaffee, will arrive at the space station Friday, April 19. At about 5:30 a.m., Expedition 59 NASA astronaut Anne McClain will grapple the spacecraft using the station’s robotic arm. She will be backed up by David Saint-Jacques of the Canadian Space Agency. NASA astronaut Nick Hague will monitor Cygnus systems during its approach. After capture, ground controllers will command the station’s arm to rotate and install Cygnus on the bottom of the station’s Unity module.

Complete NASA TV coverage of launch activities is as follows:

Media registration for the launch and associated activities is closed. However, media may participate via phone in the What’s on Board briefing and prelaunch and postlaunch news conferences. Media interested in participating must contact Gina Anderson at gina.n.anderson nasa.gov for call details.

The Cygnus spacecraft is scheduled to remain at the space station until July 23, when it will depart, deploy NanoRacks customer CubeSats, and then have an extended mission in orbit until December before it will dispose of several tons of trash during a scheduled fiery reentry and destruction in Earth’s atmosphere.

CEMEX Ventures Invests in LINKX, a Software for Optimizing the Delivery of Construction Materials 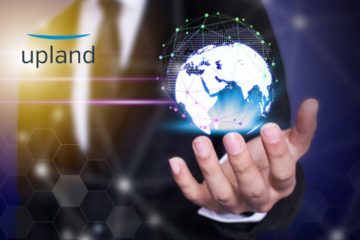 Adapting Your Marketing Team to a Hybrid Work Paradigm