Voyager Maritime Alliance Group (VMAG), is proud to be working with the world’s largest and most technically advanced warship, the USS Zumwalt (DDG1000), to design and install a next generation navigation system. USS Zumwalt is the lead ship of a class of 21st Century multi-mission destroyers, designed to strengthen naval power from the sea.

The purpose of this customized navigation project was to improve the ship’s operational awareness while near civilian traffic and enhance the overall safety for all mariners on the high seas.   The entire project took place at the Navy Base in San Diego, the second largest surface base of the United States Navy.   From initial design and concept, to actual installation, the project took 3 weeks.

VMAG partnered with SIMRAD to install Radar, Automatic Identification Systems (AIS) and digital displays.  David Leone, President of VMAG commented, “One of the reasons why VMAG was selected for this unique project was because of its advanced knowledge on engineering customized marine electronics systems integration.  This solution was designed to enable the AIS, Radar and autopilot controller to exchange navigational information and to be viewed in a digital format, making it easy to view, and indirectly, to allow faster decision making, which is vital on a vessel of this magnitude.”

Once the equipment was installed, there was a rigorous testing process and then there was a formal training program.  David Leone explained, “The training is on-going and VMAG maintains close contact with the vessel’s crew to ensure the highest standard of support.” 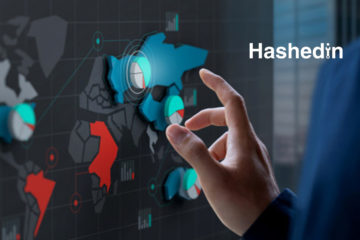 Immersion Analytics Brings Dataviz to the Magic Leap One